The Cat and the Tribesman: Comparing Henry Shefflin and Joe Canning’s paths to glory 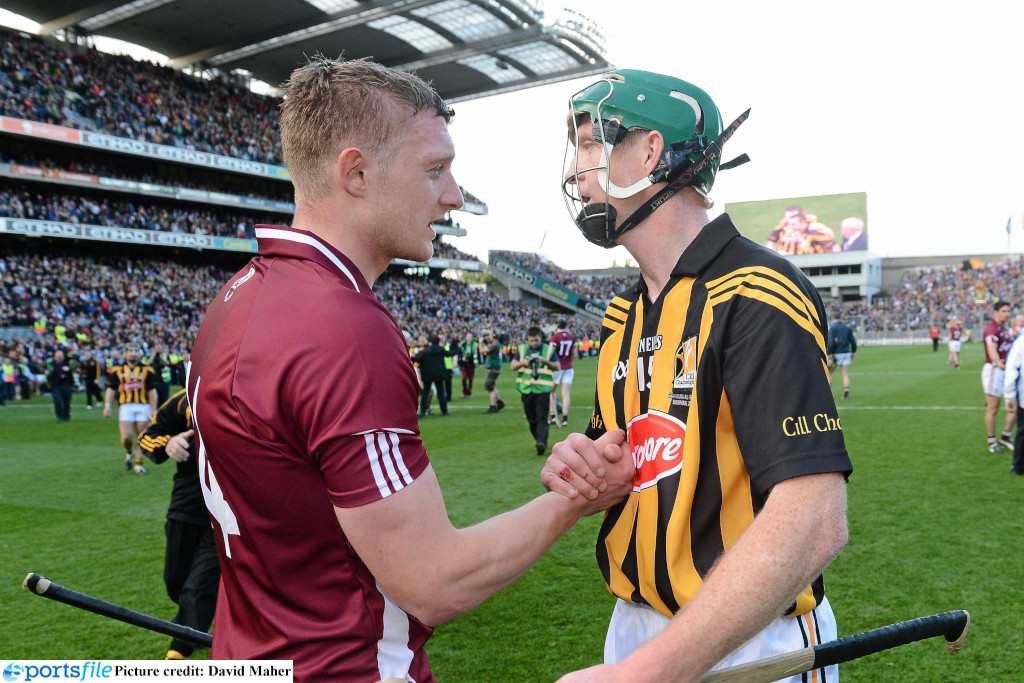 Joe Canning and Henry Shefflin are arguably two of Ireland’s finest hurlers. Joe Canning has been at the forefront of the Galway forward line for many years, with Henry Shefflin doing likewise for Kilkenny. Joe Canning has one All-Ireland medal, whereas Shefflin has nine for Kilkenny. It would be unfair to suggest that this means Henry is a better player than Joe, but there is one interesting difference that’s worth noting: these men have very different stories in terms of their youth player experience.

Joe Canning was set for stardom from an early age.  As young as 15, the Portumna native starred on Galway minor teams. Biologically, he was clearly an early developer and played senior club Hurling at the tender age of 15. He was the main man on many a Galway team. His muscle mass at such a young age propelled him into the spotlight. There is no doubt Joe has a huge skill level, but Canning was equally rewarded for his physical robustness. Henry Shefflin had a very different journey to inter-county Hurling.

The Ballyhale clubman struggled to make teams throughout secondary school. He was a pupil at St Kieran’s College in Kilkenny and wasn’t seen as being equipped to play minor or u21 for his county. Against the odds, Henry persisted at his craft and went on to have a stellar adult career with Kilkenny. It could have been a very different story. Research confirms that if you are a late developing player, like Henry, you are considerably more likely to stop participating in team sports, and often altogether, just because hormones take a little longer to kick in.

Could we better support young players currently disadvantaged by this chance of biology?

Belgium presents an example of a country where delayed physical development is not viewed as a negative in sport. Soccer players Kevin De Bruyne and Thibaut Courtois are examples of players who shared Henry’s biological disadvantage.  If the Belgium FA had not undertaken a root and branch review of their underage soccer coaching and development structures, would Kevin or Thibault have made it to the national team? Would they still even play soccer? A really interesting question! We’ll probably never know, but a review of many other national squads, including our own Boys in Green, suggests that almost all of those selected to this standard entered puberty at an earlier age.

What did the Belgium FA do differently?

In the first instance, they actively monitored and measured children as they approached puberty to monitor and understand their growth and timing of their biological development: their maturation profile, so to speak. They used this data as part of their talent identification processes, understanding that, for example, getting to the ball first meant running faster, which favoured the taller, stronger earlier developer. Knowing maturation profiles of the youths meant that any assessments of skills and potential could be moderated to adjust for this important bias.

Next, they introduced parallel youth talent development structures, one for the early developers who were ready to participate in traditional academies and underage national squads – the “Performant” squads. The second was more important: the “Futur” squads received the same coaching and development support, but selected for those players whose bodies needed a couple more years. Kris van der Haegen, an architect of this structure, likens this thinking to selecting bananas: “you wouldn’t throw out the green ones”? (Read: “Would you throw green bananas in the bin?“)

How can we know if it worked? Kevin and Thibault, along with 3 more of their fellow later developers, were the first 5 of 11 selected to start for Belgium at the 2018 World Cup. Belgium finished in third place, particularly amazing considering that in 2000, they ranked 66th in FIFA World Rankings and didn’t even get to the finals. The full success of their investment in player-centred coaching and maturation aware development is also reflected in greatly improved participation for boys and girls, at all levels and all ages. And they still hold the FIFA #1 spot too.

Back to our hurlers, as a youngster Joe Canning clearly had the upper hand because of his size and strength. Comparing him now physically to Henry Shefflin, we can see that it’s impossible to tell who was early or late. They’re both adult!

This is not to do Joe Canning a disservice: he is without question a top flight hurler. What this article hopes to highlight is that Joe, as an early maturing child, typifies a bias that is all too prevalent in team sports, where those with a temporary physical advantage as children have a majority representation in the adult game.

Henry’s physical development, on the other hand, took a little longer and he clearly persisted against these odds. There is an argument, perhaps, that by honing his skills, dodging the bigger fellas and relying on tactics for longer, it may even have turned out to be better for him. But we must remember that Henry is an exception. He could just as easily have slipped from view.

What if clubs adopted a little patience, like in Belgium? Could more players develop, in time with their bodies and not loose heart because they can’t reach the high sliotar or be fastest to that breaking ball.

Would your club benefit with a Henry? Or better still, a Joe AND a Henry!

At SURPASSPORT, we are passionate about keeping youth in sport. Our technology gives coaches a better understanding of their players individual circumstances and is maturation aware throughout. Our Maturation Assessment predicts or confirms growth and maturation, including a parent-friendly report, and ensures that coaches understand the profile of their kids and feeding into their individual long-term development. For county and national bodies, our technology can support informed talent identification and also support academies and competitions, bringing biology into context.

For more information or to book a Maturation Assessment for your team or club, schedule a call with Adrian Geissel (Founder) on https://sur.ie/adrian