Would you throw green bananas in the bin? 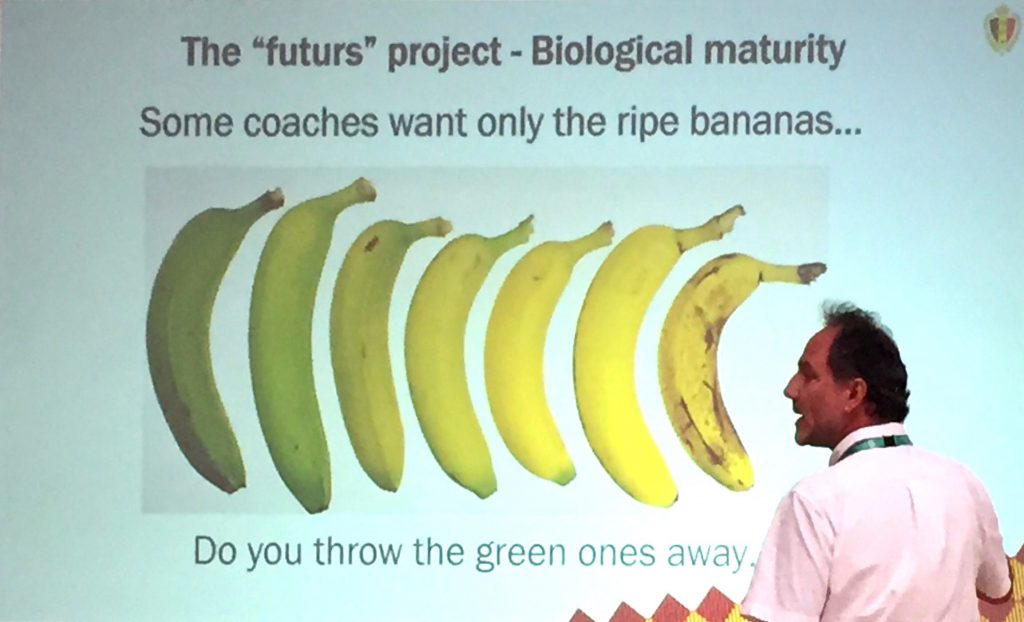 Some are ready to eat now. Some tomorrow. And some need a few days longer. One thing you are assured of, each of the bananas will ripen, given a little patience.

Children also develop at their own pace. Any group of boys aged 12 years will clearly demonstrate a 5 year spread in their maturation, visible in height and muscle structure.

Early maturing kids have a clear advantage in almost every sport, especially in those which include physical challenge. They are more likely to be picked for teams and matches, which builds skills and confidence and delivers a more positive sport experience. Good, right?

What about the lads at the opposite side of the development scale? They don’t enjoy bouncing off the bigger lads. They don’t get picked on the starting team. They don’t enjoy the sport. They practice a little less. And then some stop all together.

But sport is competitive! To be competitive, we have to play our strongest players, and if the smaller lads worked a little harder, they’d have every chance. Evidence shows that this is not the case!

The UEFA 2019 U17 Championships yielded a bizarre analysis: 8x as many of the players competing were born in Jan – Mar compared to Oct – Dec (Laura Finnegan, WIT Relative Age Effect in UEFA u17 Championships 2019). Moreover, comparing those born in January (57) to December (3) showed an even more dramatic skew.

The ‘smaller’ lads are simply not coming through, even when size differences are starting to disappear again. Is there a better way?

In 2000, the Royal Belgium Football Association embarked on a radical new strategy for developing Soccer players for their international team. They removed all competition before Under 14. They embraced a child-centred coaching practice. And they actively managed their emerging talent into “performance” squads (for early developers) and “future” squads (for later developers).

Has it worked? In 2009, the Belgian national soccer team ranked 66th in the world. Ten years later, in 2019, they are the Number 1 in FIFA World Rankings, ahead of much larger countries and countries traditionally associated with the game.

Now, membership at every level and squad is rich and deep, yielding ample choice, with 5 of their starting 11 players (Carasco, De Bruyne, Chadli, Mertens, Meunier) pictured below never qualified for their academy system and nor played for their underage national teams. Looking at them now, would you classify them as having been late developers?

Many thanks to Kris Van Der Haegen @KrisVDHaegen for sharing at the @iCoachKids 3rd International Conference (#iCKConference) on Child Centred Coaching, 2019. 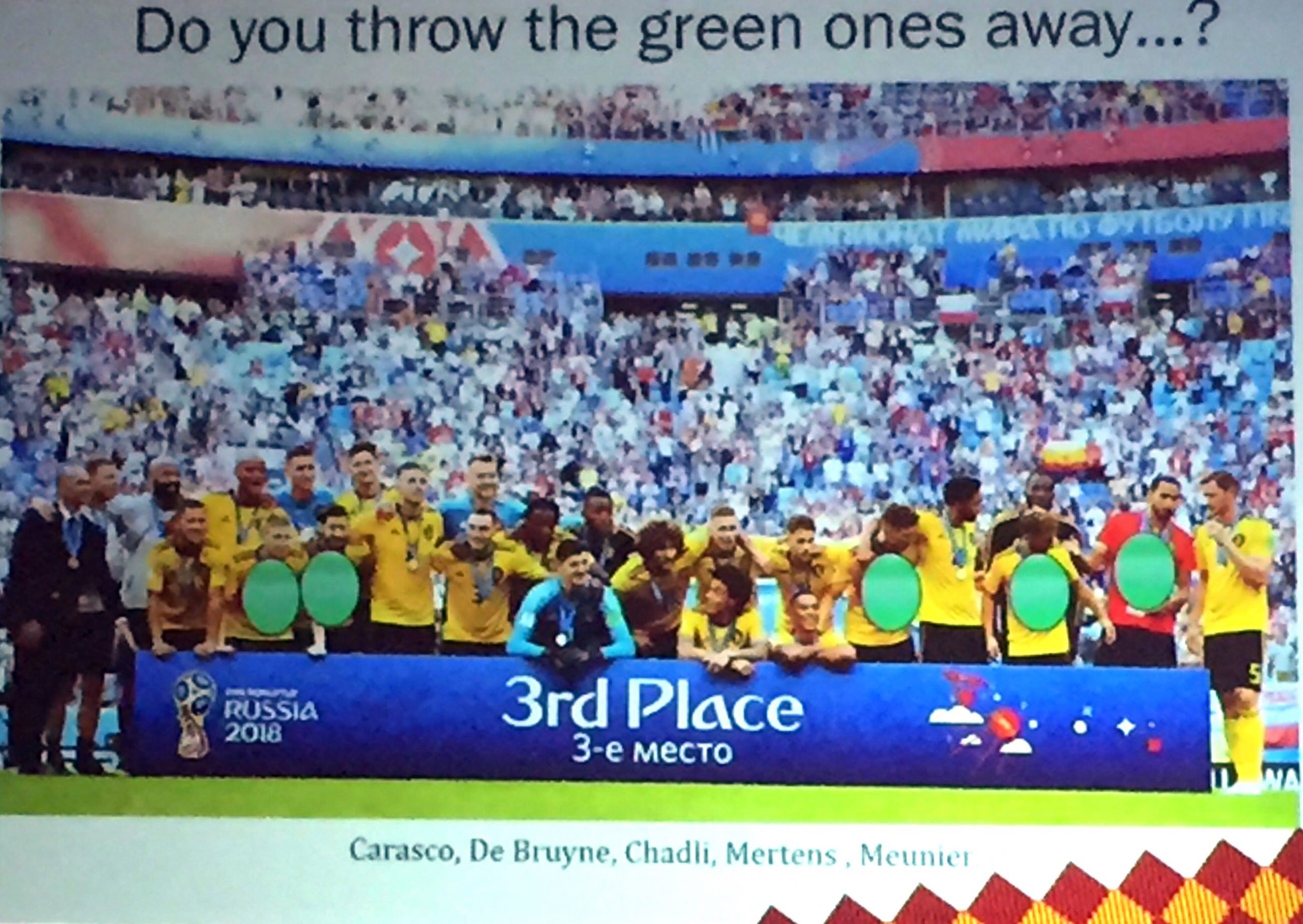 These observations apply to every club, irrespective of size, sport or location. Competition matters only at adult / senior level. Developing juvenile and youth players needs a long term view and only then feeds adult sport. It must take an individual-centred approach and must take maturation into account.

SURPASSPORT offers Maturation Assessment as a service to schools and sports clubs across Ireland, where skeletal measurements are taken for girls and boys aged 7 onwards to predict growth timing and to determine biological age, key to understanding where the kids are at, especially in their early teens.

Your teams are just like this bunch of bananas! Adopting a long term and player centric coaching strategy pays dividends.

Using biological age and maturation status can play a significant role in developing all players, retaining players for bigger training sessions, larger club membership and deeper talent for adult teams. A win for everyone.